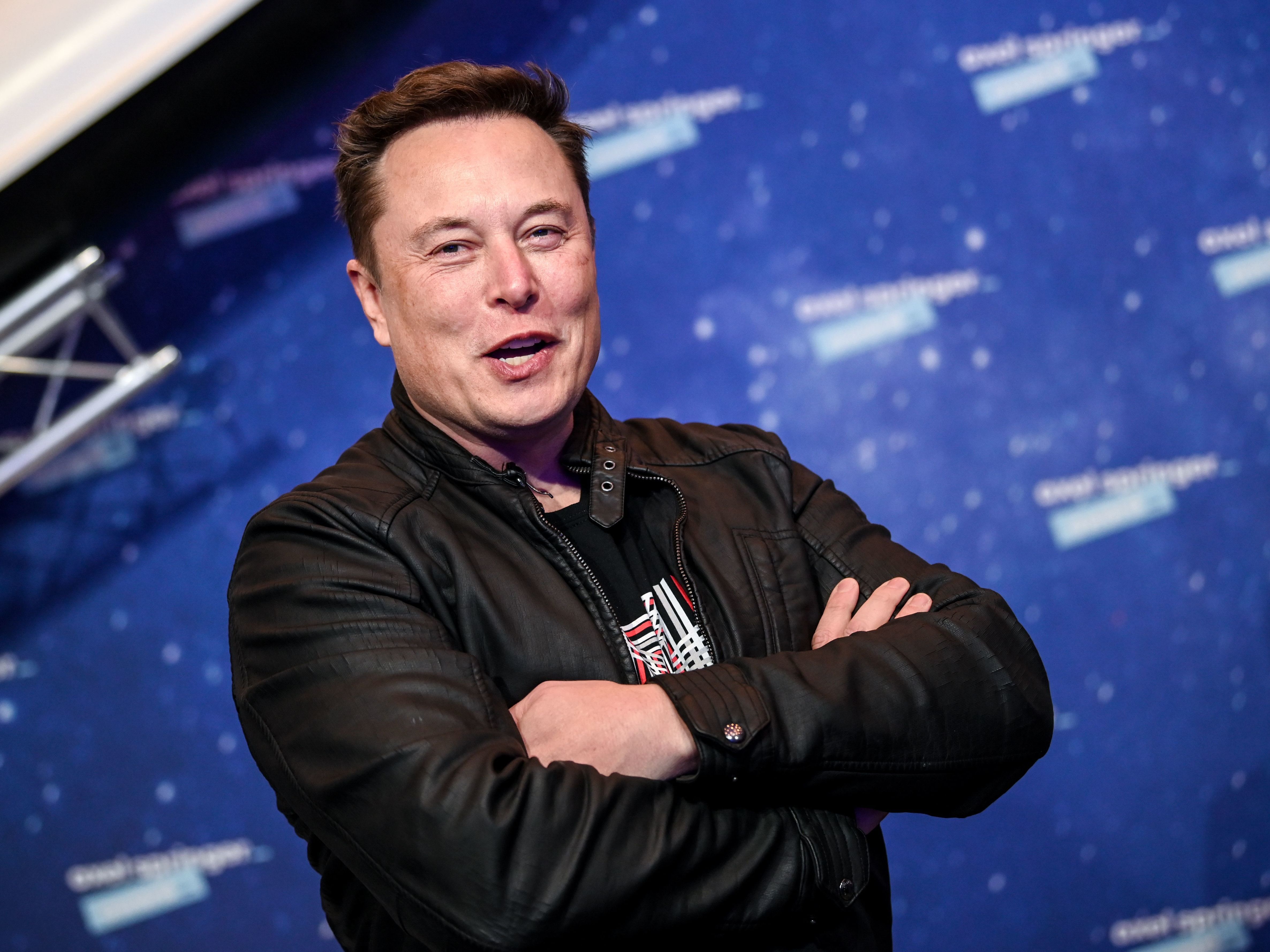 Tesla CEO Elon Musk poses as he arrives on the red carpet for the Axel Springer Awards ceremony, in Berlin, on Dec. 1, 2020. Musk surprised his Twitter followers by asking them to vote on whether he should sell 10% of his company’s stock. The majority of his followers said yes. (Britta Pedersen/)

Tesla shares fell sharply on Monday after CEO Elon Musk surprised his Twitter followers with a strange proposal: He offered to sell 10% of his stock, and put the decision up for a poll.

The tweet on Saturday came after a recent proposal by Sen. Ron Wyden, D-Oregon, to tax investments every year for the country’s billionaires. That would have marked an unprecedented step, given the U.S. only taxes stock investments when they are sold.

Musk has vocally opposed the plan, and on Saturday appeared to double down in his tweet.

"Much has made lately of unrealized gains being a means of tax avoidance, so I propose selling 10 percent of my Tesla stock," he wrote. Then, he asked his followers, "Do you support this?"

Much is made lately of unrealized gains being a means of tax avoidance, so I propose selling 10% of my Tesla stock.

Do you support this?

More than 3.5 million Twitter users participated in the unscientific survey, and 58% voted in favor of Musk selling those shares.

Musk said in a follow-up tweet on Saturday that he would "abide by the results, whichever way it goes."

Tax experts, however, have noted Musk would have likely had to sell a number of his shares because of how of the way some of his expiring stock options are structured. The taxes owed could be substantial, reaching more than $15 billion according to a CNBC report.

Musk feuds with the Oregon senator

Musk has been prominent in the debate over whether wealth should be taxed, and he publicly pushed back against Wyden’s plan.

Wyden had to drop his proposal given the difficulties of passing it in the narrowly divided Senate. But he has continued to argue the U.S. tax system is unfair, and that the super rich should pay a percentage of their net worth to the U.S. government every year, whether or not they sell their shares.

Wyden, the chair of the Senate Finance Committee, replied to Musk’s tweet over the weekend.

"Whether or not the world’s wealthiest man pays any taxes at all shouldn’t depend on the results of a Twitter poll," he wrote. It’s time for the Billionaires Income Tax." 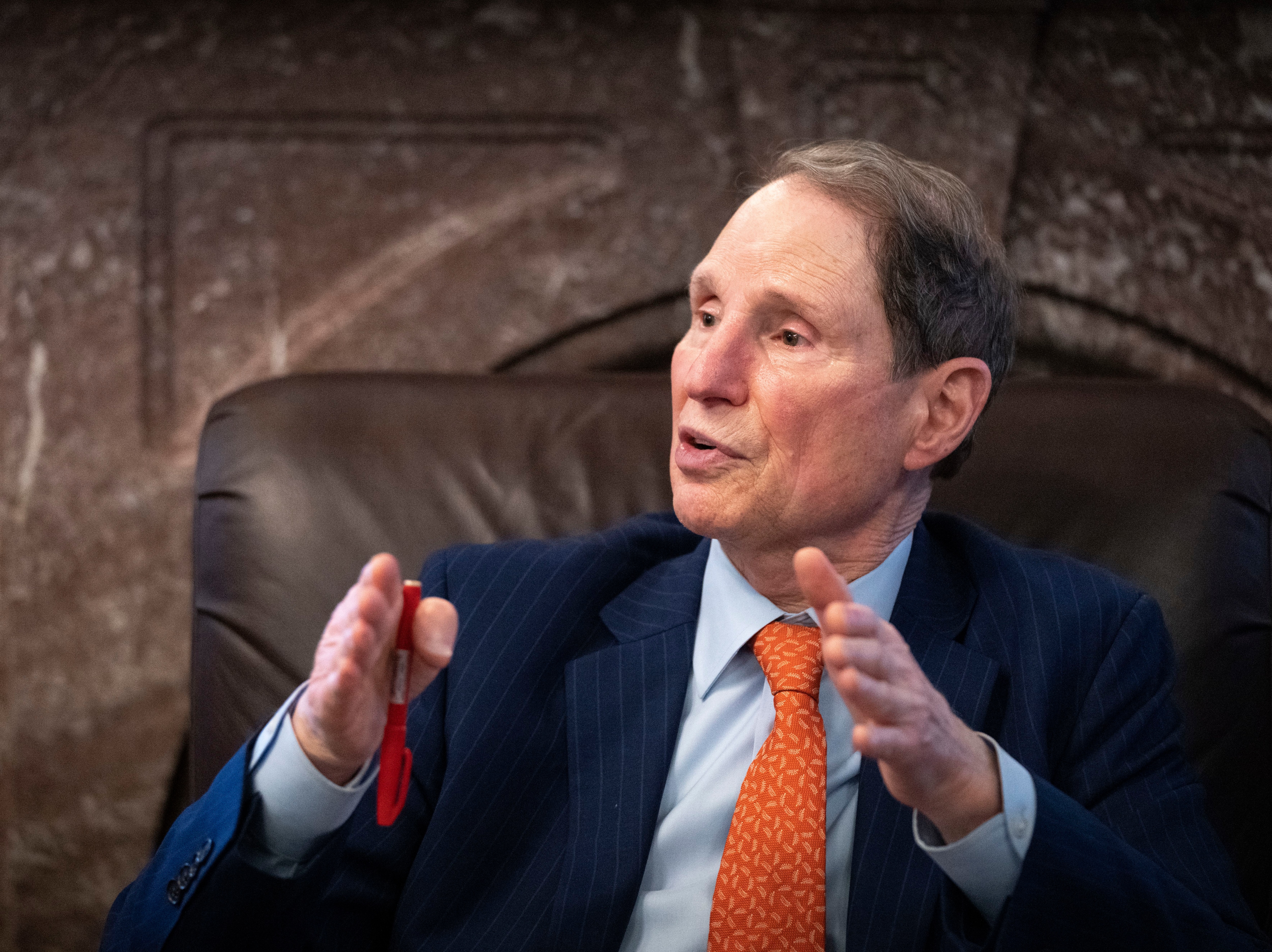 Musk is currently the world’s richest man. According to the Bloomberg Billionaires Index his net worth is $338 billion, and $208 billion of that is in Tesla stock.

The company’s share price has skyrocketed in recent weeks, and the company now has a market cap of more than $1 trillion.

Tesla doesn’t pay Musk a salary; so, unless he sells shares, there is no income for the government to tax.

Musk has run into regulatory trouble before

According to recent reporting by ProPublica, Musk paid no federal income taxes in 2018, and his "true tax rate" between 2014 and 2018 was 3.27 percent. (To determine what it is calling the "true tax rate," ProPublica says it "compared how much in taxes the 25 richest Americans paid each year to how much Forbes estimated their wealth grew in the same period.)

During a recent interview, Musk called the ProPublica reporting "misleading stuff" and "trickery."

Musk has gotten into trouble with regulators before for making comments on Twitter that have affected Tesla’s stock price.

In 2018, he said he was "considering taking Tesla private at $420," a number associated with marijuana use.

The tweet led to lawsuits and eventually an agreement with the U.S. Securities and Exchange Commission that Musk would share future statements with his company’s counsel in advance.

Source: Tesla shares are falling after Elon Musk proposed to sell 10% of his shares in the company if his Twitter followers agreed. The tweet came after a proposal by Sen. Ron Wyden, D-Oregon, to tax investments every year for the country’s billionaires.