Oregon is now offering up to $7,500 in cash rebates for low- and moderate-income households that buy new or used electric vehicles. The state recently doubled the rebate in one of its clean vehicle programs to make it among the largest electric vehicle incentives in the country.

The Oregon Department of Environmental Quality’s Charge Ahead Rebate program applies to households making anywhere from $51,000 to $251,000 depending on the number of people living together. Those households could be eligible to receive up to $5,000 back — up from $2,500 last year — after purchasing or leasing a new or used battery electric or plug-in hybrid vehicle.

It’s one of three rebate programs in the country that allow residents to get money back for purchasing a used electric vehicle, said DEQ Senior Air Quality Advisor Rachel Sakata.

“We like to consider ourselves one of the best rebate programs in the country because we offer a comprehensive sort of suite of options for people to get this rebate,” she said. “We recognize that maybe not everyone can afford to get a new EV.”

The agency also adjusted its income eligibility requirements to ensure more households can benefit from the cash rebates. 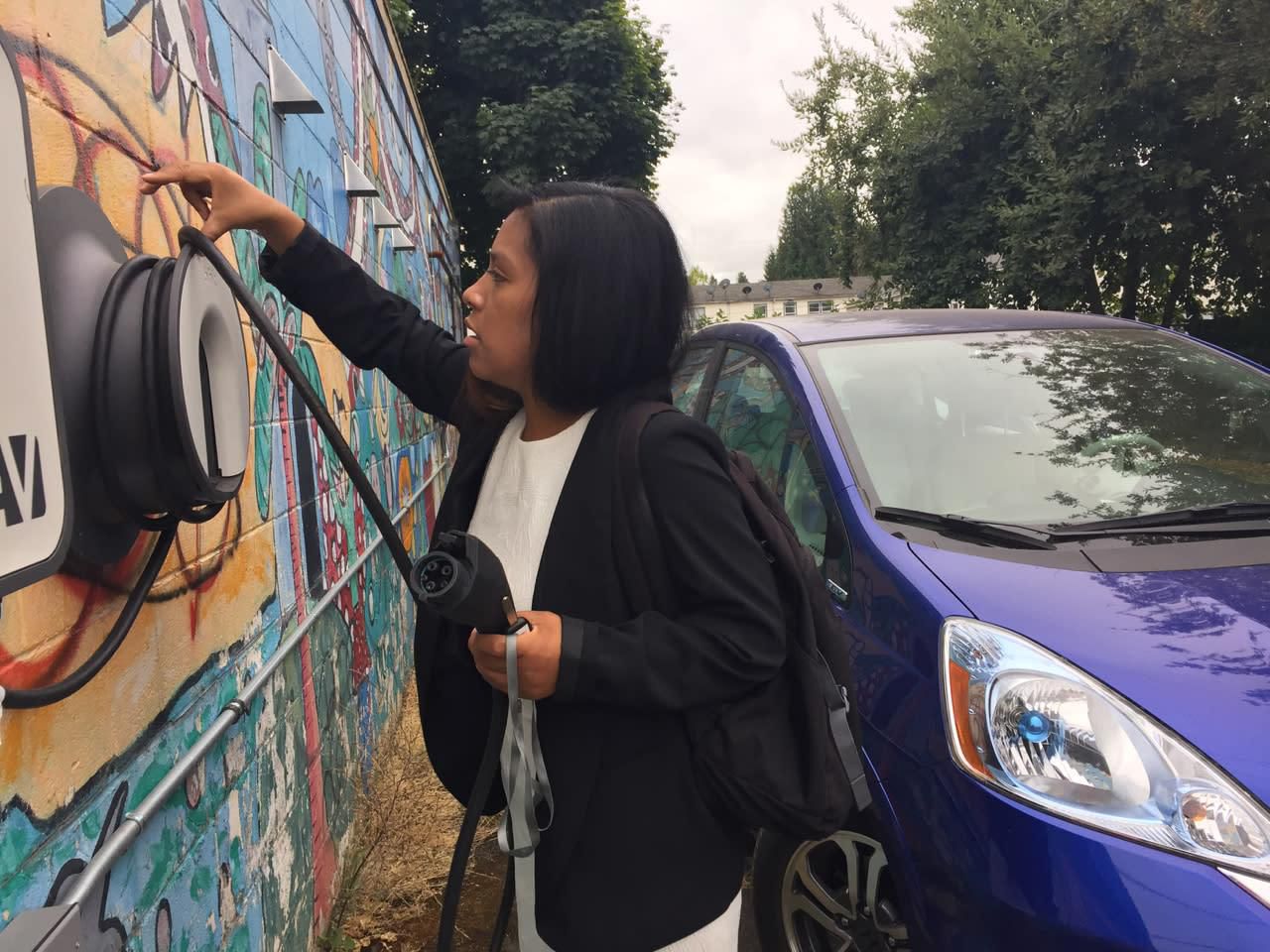 With the new program updates, Oregonians can also qualify for the Standard Rebate Program, which offers up to $2,500 back to anyone who purchases a new battery electric vehicle or plug-in hybrid under $50,000. Sakata said those who apply for the charge ahead rebate could also apply for the standard rebate and potentially receive up to $7,500 back.

Sakata said she hopes the rebates will help reduce the state’s greenhouse gas emissions over time as more people transition from gas-powered vehicles to electric ones.

Oregonians who buy electric vehicles need to apply for the rebates within six months of their purchase. They also need to prove they’re living in Oregon and maintaining their Oregon vehicle registration for two years. If they sell their electric vehicle prior to the two-year requirement, they will have to return some of the rebate money.

“We want to ensure that the rebate that we’re giving you is for a car that’s being driven in Oregon, so we can see the benefits of the reduced emissions from these vehicles,” Sakata said.

Since the program launched in 2018, the state has paid out more than $41 million in clean vehicle rebates.

Oregon Governor Kate Brown set a goal of having at least 250,000 registered electric vehicles in the state by 2025. So far there are an estimated 42,000.

Sakata said recently passed laws on the local and national level should bring that number closer to Brown’s goal. Oregon’s Clean Trucks Rule will put more medium and heavy duty electric vehicles on the road as the rule requires manufacturers to sell a certain percentage of zero emissions vehicles starting with the 2025 model year. The state will also receive $52 million over the next five years to build out a network of charging stations through the recently passed Infrastructure Investment and Jobs Act.

“So there’s a number of efforts underway that we’re really trying to build up,” she said. “Not only accessibility of charging but also ensuring that there are plenty of EVs for people to purchase.”