Just south of Newport, a new wave energy facility called PacWave is about a year away from being operational. It will be the first commercial-scale, grid-connected wave energy test site in the U.S. and one of few in the world.

Seven miles offshore, the Oregon State University facility won’t be visible from the beach. In fact, it won’t impact beach-goers at all.

PacWave’s chief scientist and OSU professor Burke Hales said he hopes the facility will help him and other researchers learn more about what impact renewable wave energy has onshore.

“It’s got very different characteristics than solar or wind — the waves are always going,” Hales said. “The sunsets, and you can’t harvest any solar energy when the sun is down, but the waves are still persisting … It will always be there.”

The purpose of the new OSU facility is to test new and relatively obscure wave energy technology, but Hales said the university can’t do it alone. Researchers from across the country will use the facility to test the best way of harnessing the ocean’s energy and to explore how effectively it can be transformed into usable power. This week, the U.S. Department of Energy awarded $25 million to eight different groups, including two universities, to do just that.

OSU is not a recipient of the funding, as the university will be hosting researchers at their facility and must remain neutral. 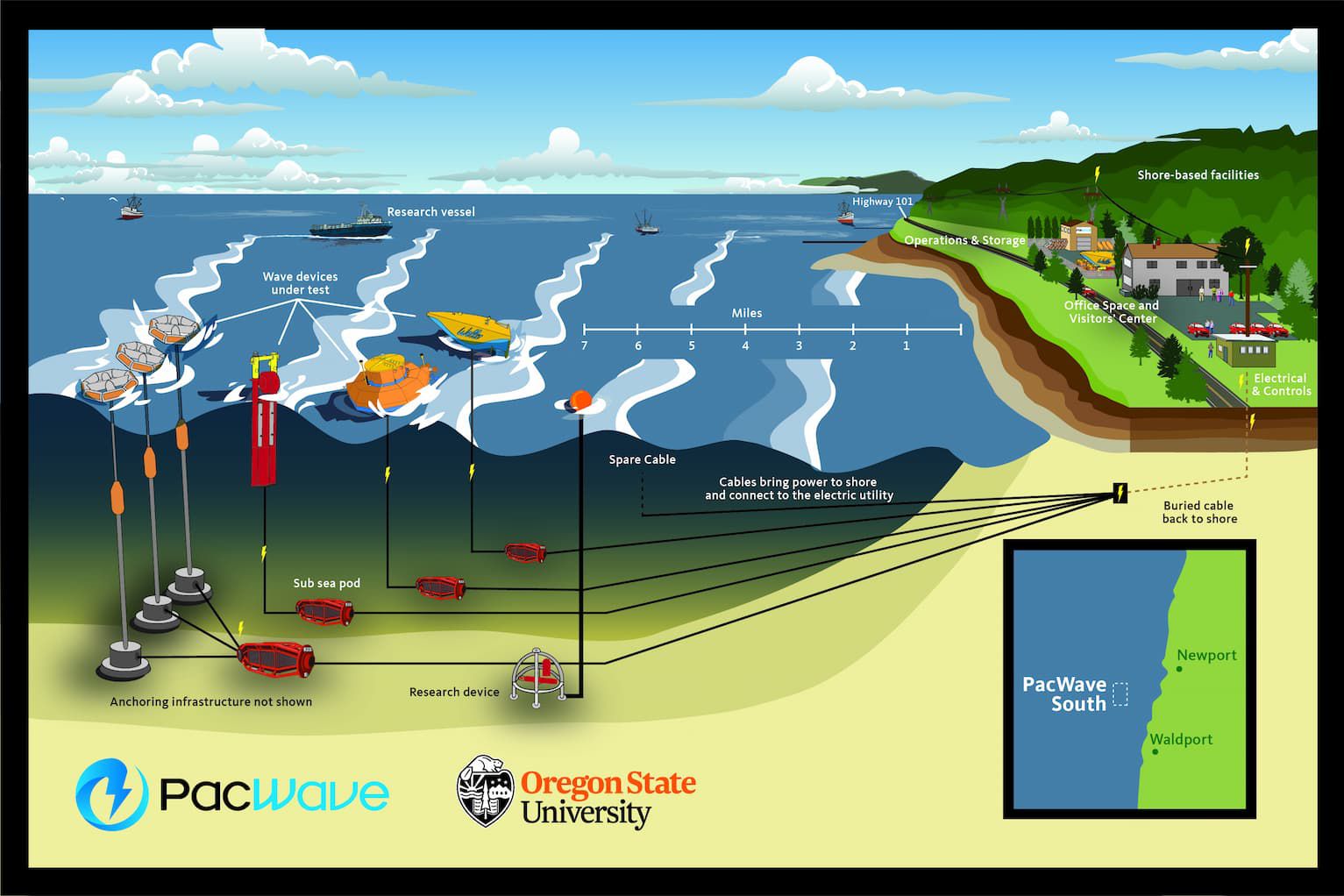 The Department of Energy entered into a partnership with OSU in 2016 to build the PacWave South facility for exploring how to capture the carbon-free wave energy created by wind blowing over the surface of the sea.

“The thing that I think is really important about this funding announcement is that even though it didn’t fund OSU directly, it shows the DOE is really committed to this facility,” Hales said.

Construction of the offshore facility began in June 2021. The approximately $80-$90 million facility is expected to be operational in 2023, and grid-connected testing is anticipated to begin the following year.

In addition to the wave energy capturing devices in the water, cables connecting the devices to the power grid will run underground a mile offshore then another six miles along the bottom of the ocean. Researchers will conduct the majority of their testing at a shoreside grid connection facility that will be located near Driftwood Beach State Recreation Site north of Waldport. 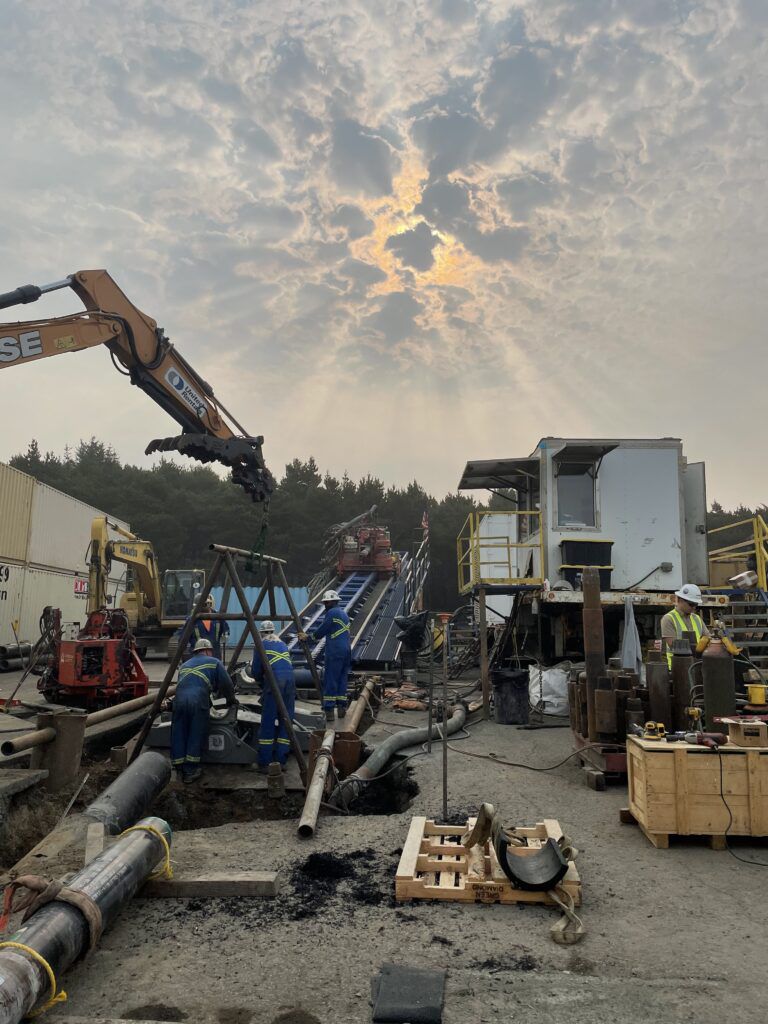 Hales said some estimates show wave energy could produce up to 10% of U.S. energy. The research groups will be testing a variety of models that can capture energy from the oscillating movement of the waves and transmit it to shore.

“The other thing is survivability — seaworthiness,” Hales said. “These devices are intended to be deployed and stay out in the ocean for years, and they can’t sink. They can’t break loose from their anchor lines. The Oregon coastal ocean is a very demanding place. And so if they can survive there, then that’s a really good proving ground.”

The groups chosen to test the technology will have a few years to complete their testing before a new round of research groups come in.

Hales said that other, privately funded research groups may also bid to perform testing at the facility. In the future, he said, OSU will likely perform their own research at the facility, as well.

With this new facility Oregon will be ground zero for wave energy testing in the U.S., Hales said, and the research could benefit other parts of the country that don’t have the extensive renewable energy options that Oregon has, such as solar and wind.