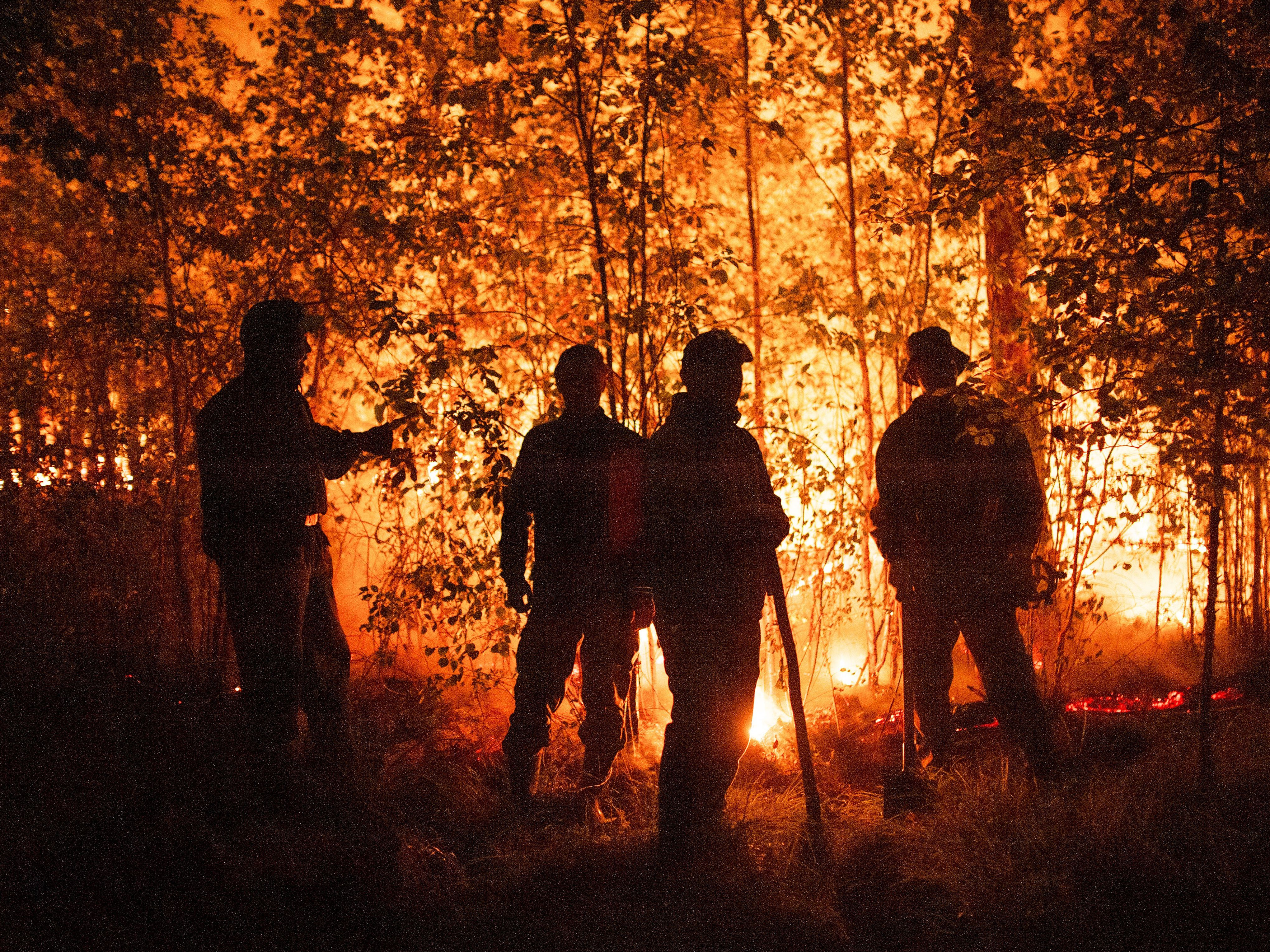 A warming planet and changes to land use patterns mean more wildfires will scorch large parts of the globe in coming decades, causing spikes in unhealthy smoke pollution and other problems that governments are ill prepared to confront, according to a U.N. report being released on Wednesday.

The western U.S., northern Siberia, central India, and eastern Australia already are seeing more blazes, and the likelihood of catastrophic wildfires globally could increase more than 50% by the turn of the century, according to the report from the U.N. Environment Program.

Areas once considered safe from major fires won’t be immune, including the Arctic, which the report said was "very likely to experience a significant increase in burning."

Tropical forests in Indonesia and the southern Amazon of South America also are likely to see increased wildfires, the report concluded.

"Uncontrollable and devastating wildfires are becoming an expected part of the seasonal calendars in many parts of the world," said Andrew Sullivan, with the Commonwealth Scientific and Industrial Research Organization in Australia, one of the report’s authors.

But U.N. researchers said many nations continue to spend too much time and money fighting fires and not enough trying to prevent them. Land use changes can make the fires worse, such as logging that leaves behind debris that can easily burn and forests that are intentionally ignited to clear land for farming, the report said.

In the United States, officials recently unveiled a $50 billion effort to reduce fire risks over the next decade by more aggressively thinning forests around "hot spots" where nature and neighborhoods collide. However, the administration of President Joe Biden has so far identified only a fraction of the funding called for in the plan.

The U.N. researchers also called for more awareness of the dangers from smoke inhalation, which can affect tens of millions of people annually as plumes from major wildfires drift thousands of miles across international borders.